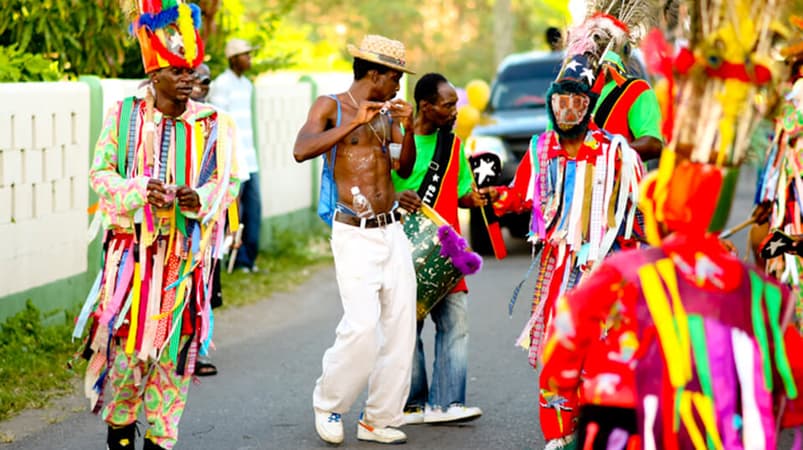 Emancipation Day is a public holiday, one of the many that fill St. Kitts’ summer calendar. However, that first Monday in August serves as more than a day off; it links nations across the Caribbean, marking the end of centuries of oppression.

The proliferation of slavery ranks among humanity’s darkest deeds. By the time the British enacted the Slavery Abolition Act in 1833, millions of Africans had died aboard ships on the Atlantic Ocean, bound for the New World. Scores more perished upon arrival. Those who survived the grueling journey were sold into a life of forced labor, tilling strange lands for cruel men.

Overdue as it was, the Slavery Abolition Act ushered in a new era. In 1985, Trinidad and Tobago became the first nation to memorialize its signing, creating a public holiday commemorating August 1 — the day the legislation came into effect. Other former colonies in the Commonwealth Caribbean followed suit, and soon, St. Kitts joined in.
Emancipation Day is marked with revelry and reverence. On neighboring Nevis, a weekend of festivities leads up to the Monday holiday, while on St. Kitts, the mood is quiet and reflective. Such an important occasion, though, can’t be confined to a single day. After a fun-filled Emancipation Day, the party on Nevis continues, closing out Culturama, the lively celebration of Kittitian and Nevisian culture. Rivaling the carnivals held on neighboring islands, this 12-day festival concludes on the first Tuesday of August, making for a rowdy, extended holiday.

After a fun-filled Monday, the revelry continues. Emancipation Day helps close Culturama — a celebration of Kittitian and Nevisian culture. Rivaling the carnivals held on neighboring islands, this 12-day festival concludes on the first Tuesday of August, making for a rowdy, extended holiday.

Surprisingly, Culturama predates Emancipation Day: The event was founded by the Nevis Dramatic and Cultural Society in 1974 to welcome locals returning home for the first time in years.

Origins notwithstanding, it soon grew to serve a second purpose — to memorialize the liberation of slaves in the 19th century. And participants do it in true island fashion.

It’s a good thing they’ll be used to staying up late; the grand finale starts when most people are usually sleeping.

Borrowing its name from a French term meaning “I opened,” J’ouvert is an early-morning parade. Participants take to the streets of Nevis’ capital, Charlestown, to sing, dance, and draw another successful festival to a close with a proper sendoff.

You don’t have to be a local to participate. You don’t need to be a Kittitian or Nevisian to pay your respects to the local culture. Come as you are, and get ready for the most fun you’ll have all year.