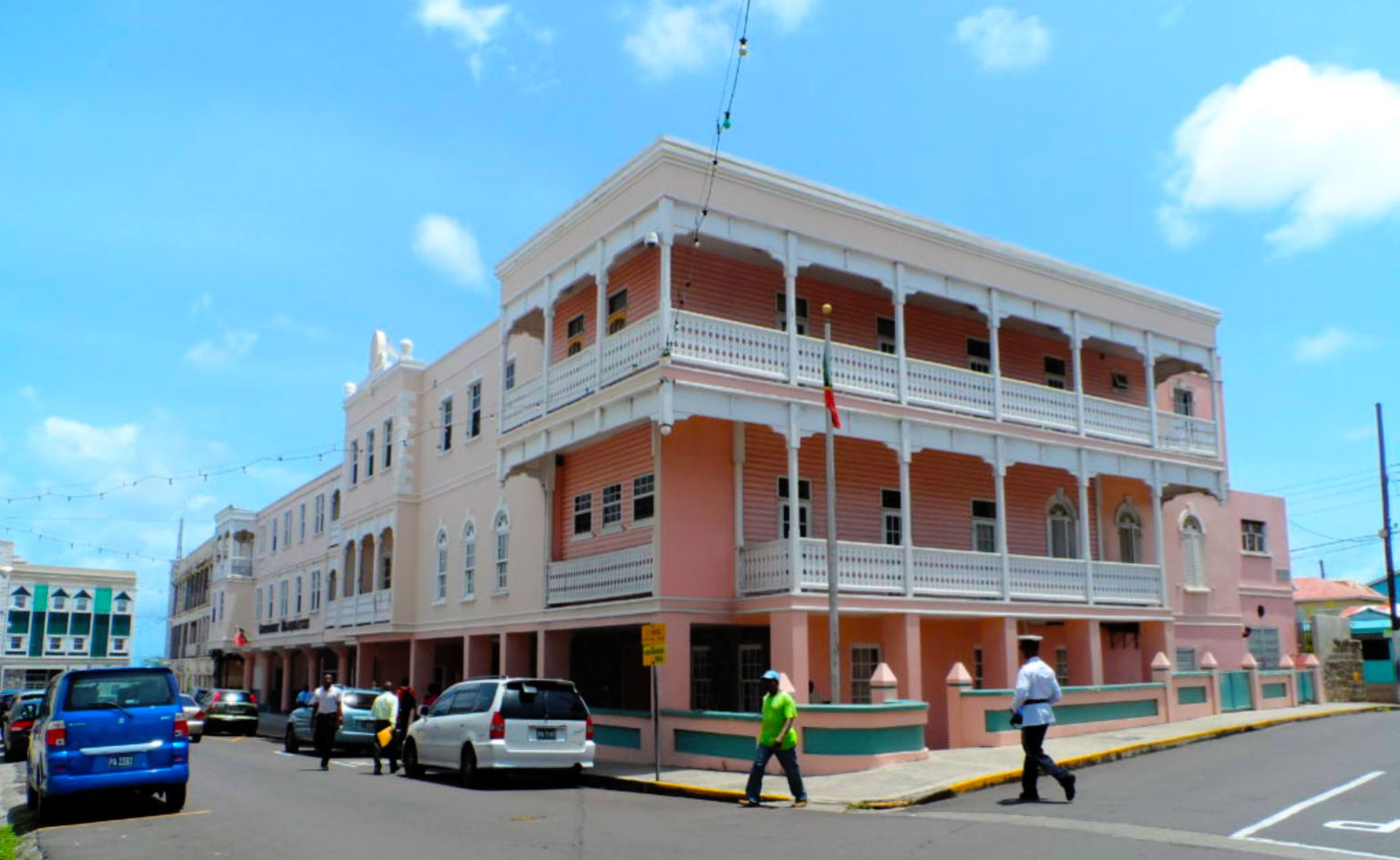 GOVERNMENT HEADQUARTERS is located on Church Street and occupies the land on which the Newstead and the Waterloo buildings as well as some smaller private residences once stood.

In the late 19th century the lower western corner of Church and Central Street was dominated by an impressive building known as the Newstead Hotel. It was a guest house owned by a Mrs. Millard and it catered to a small tourist trade mostly from North America. During the Second World War, it became the temporary headquarters of the B division of the Leeward Islands Battalion of the British West Indies Regiment.

The island’s administration acquired the building on the 1st of December 1945 for the price of £5000 which at the time was considered very expensive. The government was growing and areas that were once administered by the Leeward Island Federation were becoming the responsibility of the various islands. The building housed the departments of Social Welfare, Education and Labour. In 1949 it also welcomed the extramural office of the newly founded University College of the West Indies until 1970 when it moved to its present location.

In 1956 the Leeward Islands Federation, which at the time consisted of the Presidencies of Antigua, Montserrat, St. Christopher and Nevis, and the British Virgin Islands was dissolved as a prelude to the launching of the Federation of the West Indies. This meant that each territory had to assume responsibilities for the running of its entire administration whereas previously some departments were run from a central office in Antigua. New offices had to be created and housed. A new structure was to be constructed on lower Church street on the site adjoining the Newstead building and occupied by the Waterloo building and other private residences.

In St. Kitts, the task of designing the new Administration Building was given to architect Colin Laird. His design produced a three storey structure around an open lobby to allow air to circulate. Conscious of the heat generated by the tropical sun, Laird recessed windows in the front of the building and created wide galleries overlooking the lobby to maximize shade.

The new building was completed in 1965 and housed the Legislative Council Chamber and offices for the Chief Minister and three other ministries. In 1967, when the island assumed Associated Statehood some of these offices had to be moved out into other public buildings. Over time space became a premium and some offices actually extended into the open but protected galleries.  In 1993 the administration decided to extend the building into the land occupied by the Newstead. Maintenance was inconsistent and termite damage was becoming prevalent.

In 1981 the Treaty of Basseterre, launching the Organisation of Eastern Caribbean States was signed at Government Headquarters.